“To run a large number of simulations and scenarios, we needed more computational power.”

The Bio-Protection Research Centre at Lincoln University is a national Centre of Research Excellence (CoRE) that aims at finding innovative, natural and sustainable solutions to protect New Zealand's plant-based, productive ecosystems from pests, diseases and weeds.

Working with Associate Professor Susan Worner, Audrey Lustig’s doctoral project at Lincoln used NeSI resources to build a computational model that improved researchers’ ability to track and correlate the interactions between an invasive species and their ecosystem.

What made this model unique is its inclusion of movement and dispersal possibilities to help determine establishment success and spread in at large spatial scales. To date, many of the existing models ecologists use for studying invasive species fail to account for the species re-locating within the space.

“The difficulty that arises with movement is that it adds a layer of complexity to your model because you have more parameters to estimate and to fit into the model,” Lustig says.

“Basically it’s a model that allows us to fit, within one framework, all the knowledge we know about the species, including different vectors of dispersal,” she says.

Using this model, researchers and government agencies can determine where and when a species may establish and spread, and then make decisions about what actions need to be taken.

Risk mapping tools like this have already helped NZ tackle some of its most persistent pests. For example, in 2010 when the great white butterfly was detected near Nelson and posed a high biosecurity risk to crops of cabbages and broccoli, government agencies used computer modelling to explore and test possible management strategies. By 2016, the great white butterfly was eradicated from New Zealand. 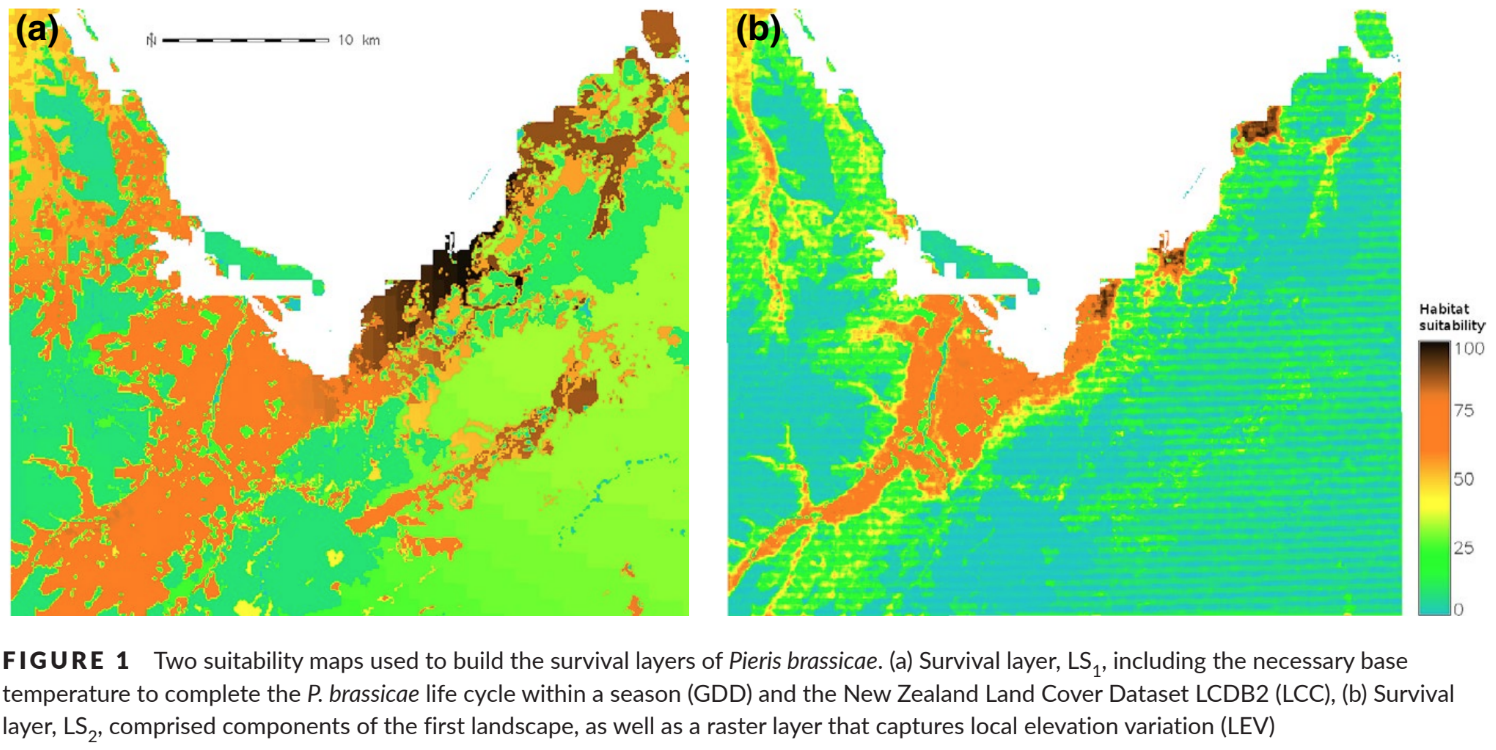 The challenge that comes with building complex models, however, is that they demand powerful computing resources. This is where NeSI resources became key for Lustig’s work.

“To run a large number of simulations and scenarios, we needed more computational power,” she says. “We used NeSI to run the different scenarios and to test a wide range of parameters. It would have taken months and months to run on my own machine, but I had the results in about two weeks - so that was incredible.”

This was her first time using the systems, so she called upon the support of NeSI’s Computational Science Team.

“My personal experience was awesome,” she says. “I requested help from one of the NeSI team members and Peter Maxwell personally interacted with me for the entire process. He helped me optimize my code, which I’ve never done before, so I learned a lot from a computational point of view. When it came to actually log into the NeSI network he sent me all the instructions and helped me with the process - it was extremely easy for me.”

Now employed by the Geospatial Research Institute at the University of Canterbury, she has been sharing her models and findings with the US Department of Agriculture (USDA), who is planning to use the model for future pest risk assessments.

And while her doctoral work focused specifically on insect assessment, Lustig is applying her modelling expertise to predator scenarios as well. The NZ government and a variety of agencies are working towards making New Zealand predator free by 2050. Lustig is part of a team working on computational models to test different management scenarios.

Computational methods may be the go-to tools for tackling these kinds of large projects, but the next big challenge, she says, is managing the variety of types, formats, and sizes of ecological datasets being collected.

“On the geospatial side of the field, there is a huge effort at the moment to homogenize the data,” Lustig says. “People are gathering more and more data from many places around the country, but many people don’t know they can access infrastructure like NeSI to actually store the data and have help on how to create a management plan for their research.”

Lustig’s modelling work using NeSI resources has been published in Ecology and Evolution and Landscape Ecology.

“Because we can analyse such large datasets with NeSI, we can generate large catalogues of earthquakes and look at earthquake occurrence over much longer periods of time.”
Subject:
Earth Science