Exploring the remarkable properties of graphene

"To guide our future activities, we need the access to NeSI's high performance computing facilities."

Better understanding the behaviours and potential applications of graphene properties.

Potential improvements to material designs and performance in electronics, sensing, light processing, as well as energy generation and storage.

What is three hundred times stronger than steel, has very high electrical conductivity, and thermal conductivity among the highest of any known material?

Meet graphene, a single atomic layer of carbon atoms whose remarkable properties have made it an active area of research due to potential applications in composite materials for building and aerospace industries, heat-spreading solutions in LED lighting, energy storage in batteries and supercapacitors, and a number of other areas.

Vladimir is a Principal Research Scientist with the Measurement Standards Laboratory of New Zealand, a national metrology institute. One of the lab's roles is to ensure that units of measurement used in New Zealand are consistent with the International System of Units.

Graphene is of interest in metrology for several reasons. Although being strong, the flexibility of graphene’s interatomic bonds enables its structure to accommodate a great deal of deformation before its constituent atoms are rearranged.

"We consider problems where one is interested in the properties of a “large molecule”, that is a system consisting of many atoms," he says. "To solve such a problem, one needs high performance computing resources." 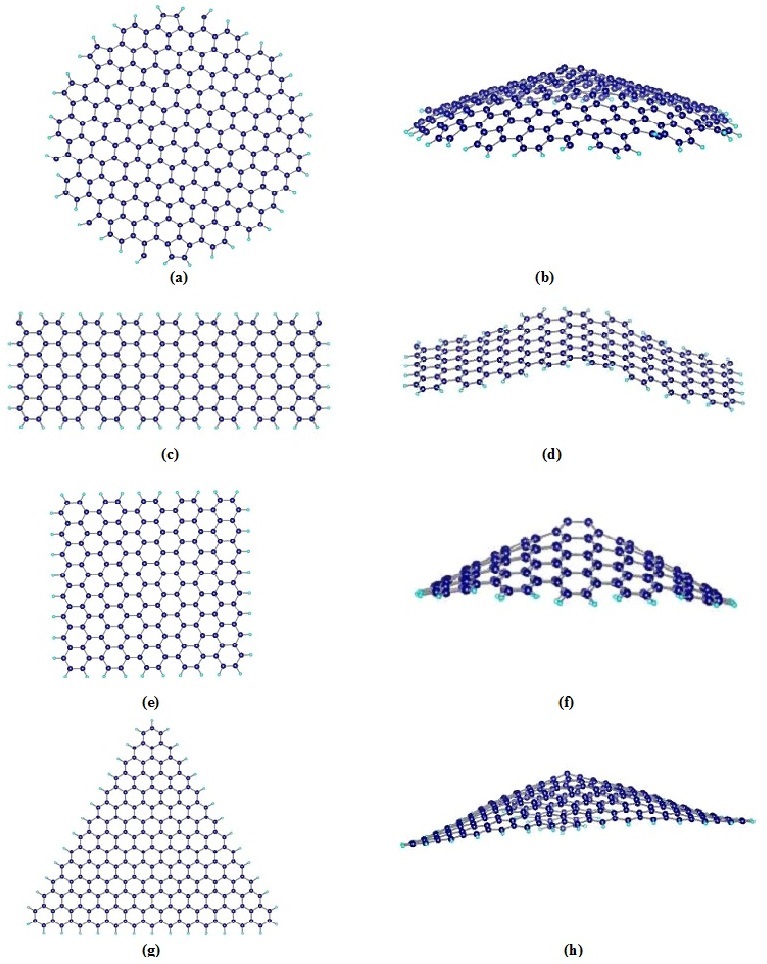 “Graphene has a remarkable stress-strain behaviour, including the highest stiffness and strength ever measured,” they note in their paper. “It can be easily bent to get complex folded structures and can withstand elastic deformations of up to 25%, that are much larger than in any other known material. Owing to these outstanding mechanical properties, graphene is an ideal candidate for nanomechanical systems and flexible electronic devices.”

In other projects, graphene’s properties are also revealing insights into quantum effects.

“The relativistic physics of graphene’s condensed matter excitations, analogous to neutrinos, can be studied in a table-top experiment, enabling the discovery of some phenomena unobservable in high-energy physics,” says Vladimir.

Graphene’s charge carriers, behaving as massless relativistic particles and moving with little scattering, have enabled the observation of the quantum Hall effect at room temperature. The quantum Hall effect is a universal property of two-dimensional electron systems in a strong magnetic field. This has valuable applications in the development of a new generation of more user-friendly metrology standards.

On NeSI, Vladimir and his team use SIESTA (Spanish Initiative for Electronic Simulations with Thousands of Atoms) software to run their experiments’ calculations and simulations. In addition to supporting their current work, Vladimir says NeSI will be an important resource for future projects as well.

"Recently, we have conducted calculations of the properties and performed the fabrication of hexagonal boron-nitride monolayers (also called white graphene),” he says. “To guide our future activities, we need the access to NeSI's high performance computing facilities. Our plan is to continue using NeSI HPC to consider other properties of graphene and other recently discovered two-dimensional materials."

“It’s been amazing to be able to use NeSI to do that because it means we can change different parameters in our simulation model and through that we can do wider scenario analysis.”
Subject:
Medical Science