“My two-scale simulations could not have been performed without the use of NeSI’s HPC clusters.”

Natural fibre composites (NFCs) using flax and hemp have seen increased adoption by European automobile manufacturers due to benefits such as reductions in weight, cost, and CO2, less reliance on foreign oil sources, and recyclability. However, low confidence in current failure estimation methods means that designs are not as efficient as they could be.

NFCs display several positive traits, including low density, renewability of sources, and full biodegradability when combined with polymers. Among natural fibres, flax is widely cultivated, has desirable mechanical properties, and is readily available in forms suitable for composite production. Structural application of NFCs requires more accurate failure prediction than what is currently available, and such predictions can be achieved through computational multiscale modelling.

Work on a computational multiscale model providing a means for more accurate failure prediction was completed by Shyam Panamoottil, a PhD candidate supervised by Dr. Raj Das and Associate Professor Krishnan Jayaraman at the Department of Mechanical Engineering, University of Auckland. Composites used in this project consist of several layers of flax fabric stacked together and encompassed by either polypropylene or epoxy (Figure 1). The fabrics are composed of several yarns, which are in turn made of several fibres twisted together. In this case, the composite is at the highest length scale (macro), the fibres at the lowest (micro), and the fabric layers and the yarns at the intermediate scale (meso). 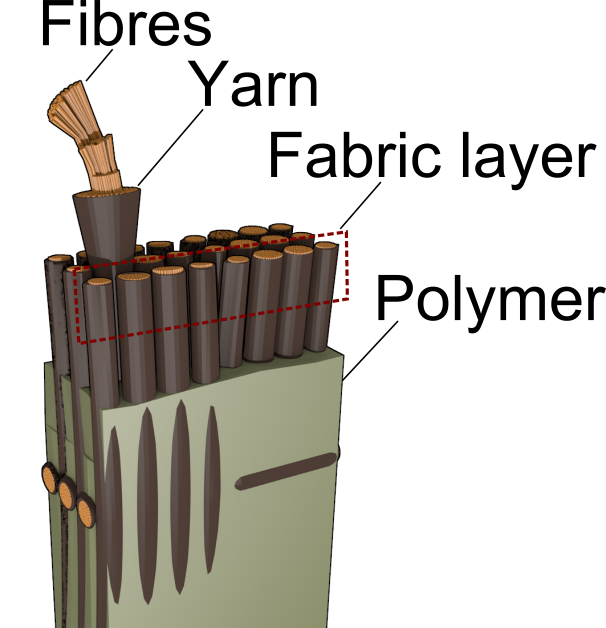 Figure 1. Illustration of the length scales in a section of a flax fabric/polymer composite.

The behaviour of the composite, when subjected to three-point bending, was analysed using a computational homogenization method (Figure 2). A half-symmetry model of the composite specimen (a) between two steel rollers (b) was used as the higher level or macroscale model. Representative volume element (RVE) models (e) of impregnated yarns from the composite (micro) were used to calculate the damage evolution laws (d) for impregnated flax yarns. These laws were then applied to the yarn elements in RVE models of the composite (c, meso). For each integration point of each element in the macromodel, displacements were prescribed on the composite RVE model (c) to calculate the damage at that integration point. There was thus a two-way coupling between the macromodel and the mesomodel. 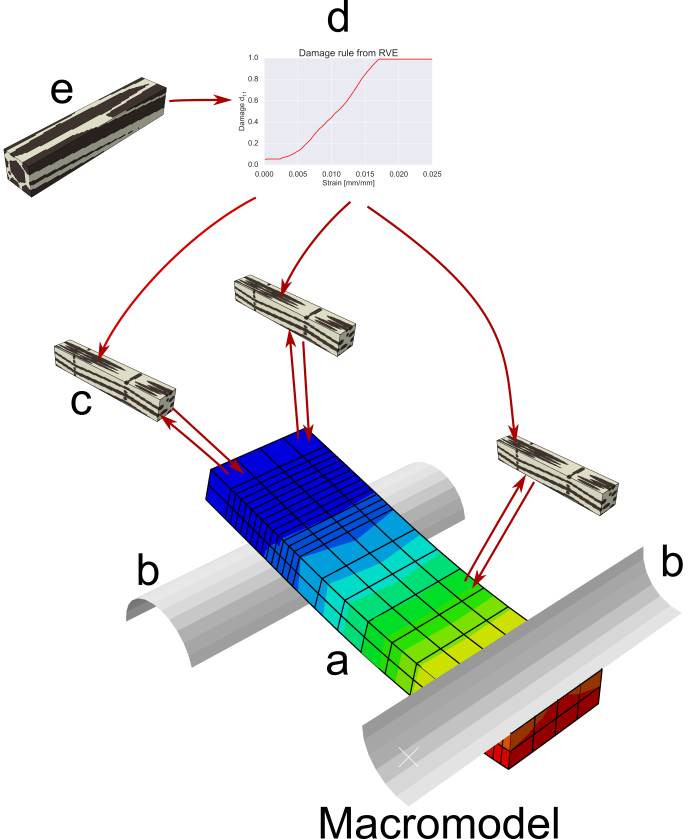 Figure 2. Illustration of flow of data in multiscale scheme used. Each element in the macromodel (a and b) is two-way coupled with a mesomodel (c).

With the assistance of Gene Soudlenkov from NeSI’s Computational Science team, the solutions for all the numerical models were performed using the Abaqus finite element software, combined with user-defined Fortran subroutines. Using NeSI facilities was essential for the two-scale coupling, since calls to the mesomodel from the Fortran code associated with the macromodel cannot be performed from a local computer. Additionally, several iterations of numerical solutions to determine RVE sizes, and for mesh convergence were required.

“Access to the NeSI x86 Pan cluster meant that several of these jobs could be run simultaneously, with more resources available per job, significantly reducing the overall time required to obtain results by several months,” says Shyam. “To date, 8417 core hours have been used, of which about 750 hours have been parallel jobs using 4 cores. Preliminary findings using low time step resolution show reasonably good agreement with the experiment data.” 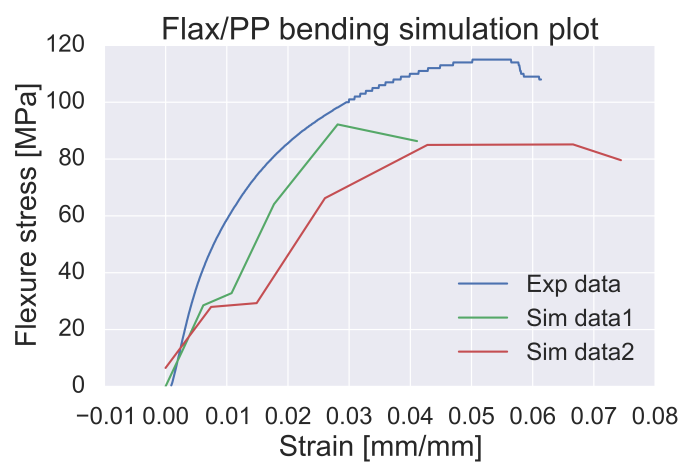 Figure 3. Preliminary results from the multiscale model for a flax/polypropylene system.

“Thanks to NeSI, we were able to render higher quality images and run many more simulation variants than would have been possible on a desktop computer.” Prof. James Sneyd
Subject:
Medical Science