NeSI team members were among more than 150 of Australia's computational and data scientists who gathered in Canberra from 6-8 November 2019 for the inaugural Australasian Leadership Computing Symposium (ALCS).

The event, organised by Australia’s National Computational Infrastructure (NCI) in conjunction with the Pawsey Supercomputing Centre and NeSI, was as an opportunity for researchers to extend their networks, share leading practice, learn from their peers, and build their understanding of the role of high-performance computing (HPC) and high-performance data (HPD) in their current and future work.

The event gathered researcher communities from five key streams of science — astronomy, climate and weather, genomics, geosciences and materials science — and consisted of a series of plenary talks and discussions involving scientists and leaders from various Australian and international science institutions.

Most presentations are available at https://opus.nci.org.au/display/Help/Program.

Wolfgang delivered a plenary presentation on NeSI activities and impacts from its consultancy service, sharing examples of how NeSI worked closely with researchers to help them achieve better and faster performance on its systems. 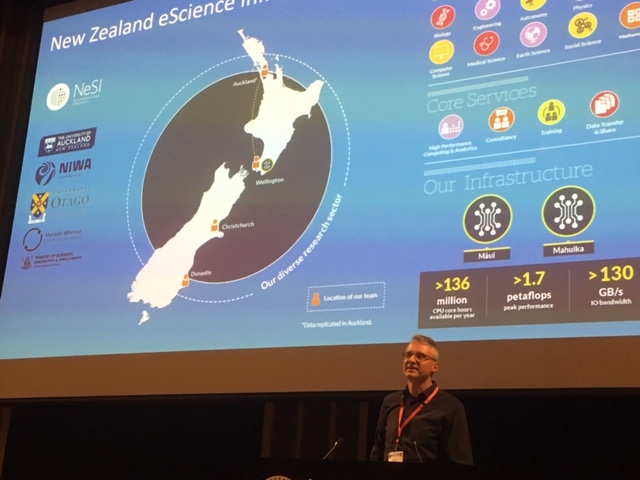 Alex presented a talk entitled “Conservative Interpolation of Vector Fields” [https://opus.nci.org.au/display/Help/Climate+and+Weather+Stream?preview=/48497238/50236156/ALCS_ClimateAndWeather_Pletzer_released.pdf] in the climate weather stream. His talk focused on using interpolation methods that conserve fluxes and vorticity for vector fields that have staggered components (e.g. on Arakawa C/D grids).

The week began with a training day, featuring beginner and advanced streams within the themes of HPD and HPC. It was interesting to see how NCI, which plays a role in Australia similar to that of NeSI in New Zealand, delivers training and how it balances the needs of supporting users with software installation and delivering the training material.

The main Symposium began on Wednesday with an interesting plenary talk in the morning by Professor Peter Littlewood from the University of Chicago, exploring ‘Computational Science in an Exascale World’. He touched on how computational Material Science is multiscale, from pico seconds to milli-seconds, and computational tools range from quantum chemistry to finite elements. He also talked about integrating simulations with experiments, and made interesting comparisons between in vivo with in silico (using a computer) in terms of energy consumption (20 W for the brain).

His presentation was followed by plenary talks by Rosie Hicks from the Australian Research Data Commons, and Professor Andy Pitman from the University of New South Wales.

After lunch, the discussion turned towards the user community. Wolfgang’s plenary shared a New Zealand perspective, and was followed by a User Forum discussion from CSIRO's Dr Amanda Barnard. NCI's own Drew Whitehouse rounded out the day with a presentation of recent and upcoming scientific visualisations.

Day 2 and 3 had attendees split off into their scientific streams to hear specific presentations about current computational and data aspects of scientific research in those fields, as well as discuss upcoming challenges and issues that as a community they are facing.

Highlights from that portion of the programme included:

The Symposium wrapped up with plenary talks from Dr Thomas Keane from the European Genome Phenome Archive and Professor Mark Parsons from the Edinburgh Parallel Computing Centre.

Overall, the event was an excellent opportunity for NeSI, NCI and Pawsey to work together and to connect with research communities breaking new ground in the HPC and HPD space. This sort of collaboration is important and valuable – and NeSI looks forward to supporting it again in the future. 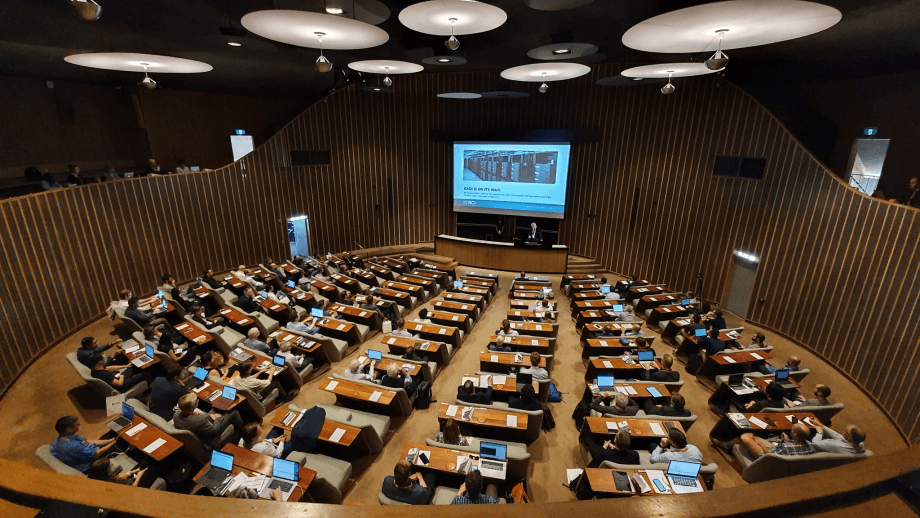