Farewell to Pan: A NeSI Workhorse

With our new platform Mahuika up and running, we have said goodbye to Pan, one of the original workhorses in NeSI's national platform. Over the last six years, Pan provided outstanding service for New Zealand researchers and helped position New Zealand alongside the world’s leading nations in accelerating research through advanced computing.

As a tribute to Pan - and the team(s) who kept Pan humming since day one - we share a few highlights from its six-year run.

On 6 May 2016, Pan reached a major milestone, delivering more than 100 million core hours of research computing. To put that into perspective, if you went back in time, to the beginning of the Neolithic period (nearly 10,000 years ago as pottery and agriculture were becoming more widespread), and if you started a single core computer and left it running through the ages at full capacity, it would have achieved the same amount of 'compute' as Pan had in its first four years.

When Pan was turned off permanently on 31 August 2018, it had delivered more than 190 million core hours of computing.

Pan supported a broad range of research fields, including computational chemistry, quantum technologies, mechanical engineering, environmental science, biological science, and many others. From 2012 to 2018, Pan was used by 912 research projects.

The graphic below illustrates which domains were the biggest consumers of core hours on the cluster over its six-year lifespan. 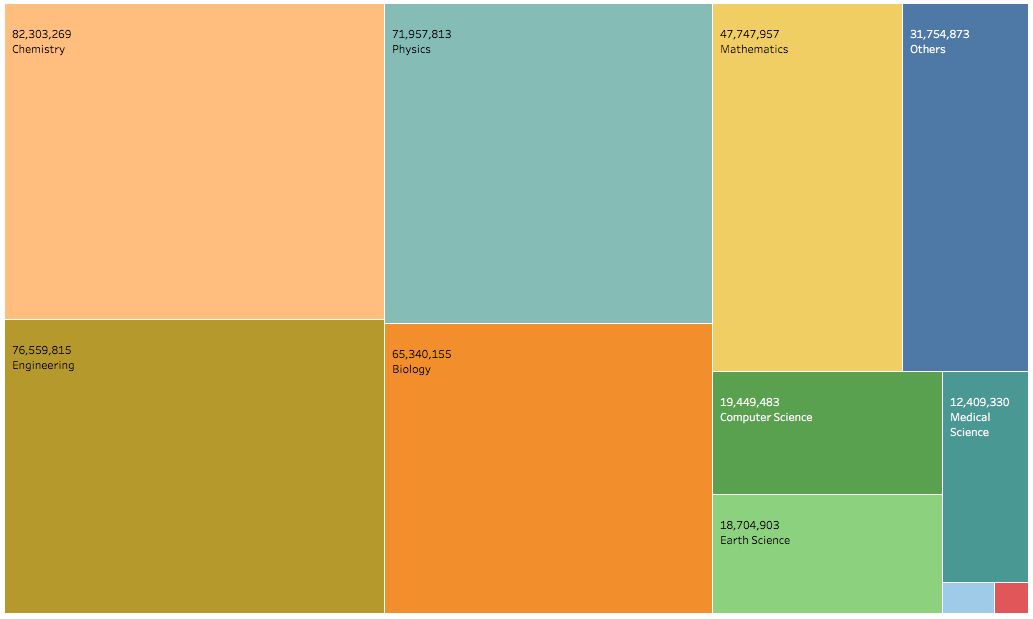 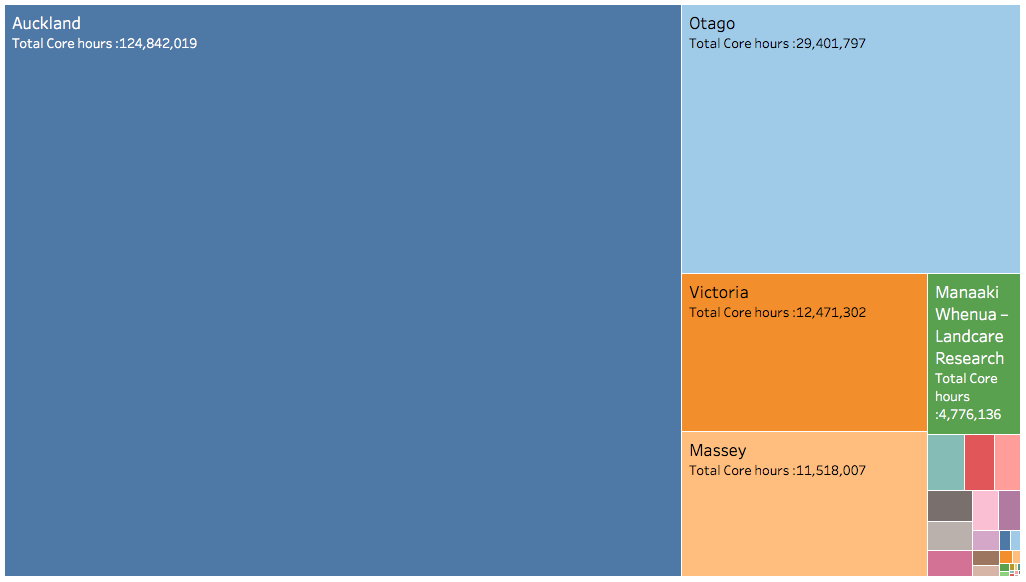 The top individual user was Shi Bai, from the Department of Mathematics at the University of Auckland, who used a total of 8.9 million core hours between October 2013 and December 2014.

Over the years, Pan's use grew steadily as more researchers began to leverage advanced computing resources in their projects.

Note: The total user count for 2018 is lower than 2017 due to new projects being allocated on Mahuika as of July, and Pan being shut down in August. 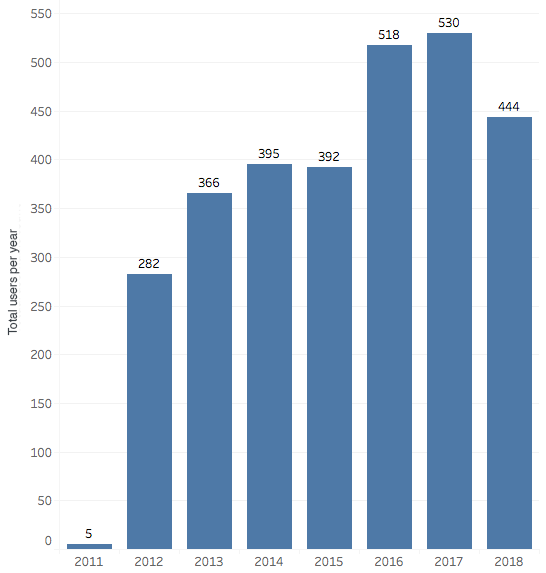 In addition to growth in users, Pan also supported a steady growth in computational demand year upon year. 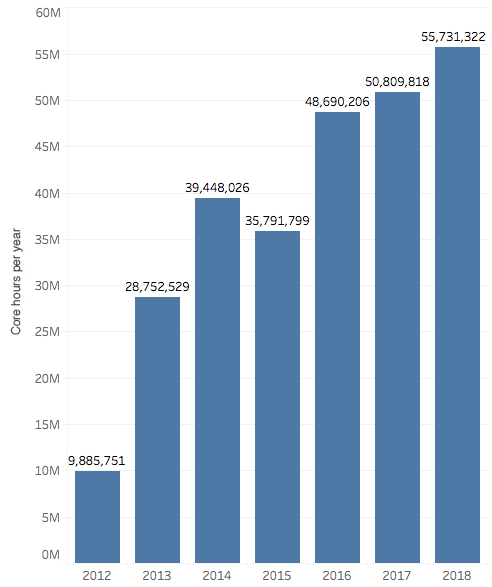 Pan made a lasting impact on the research community, and we look forward to building on that legacy with the new platforms. For more information on the new clusters, visit our Platforms page or email support@nesi.org.nz. 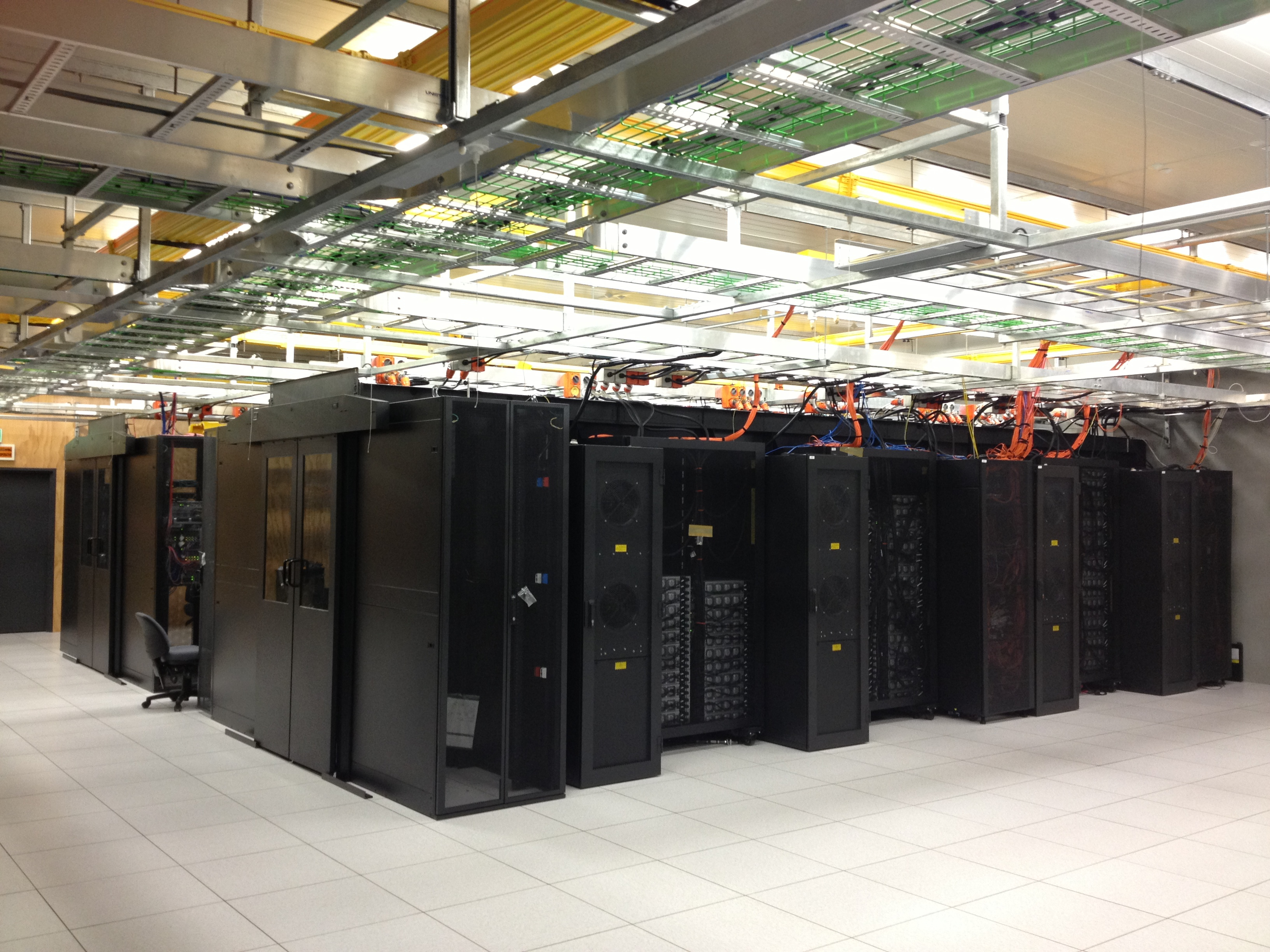