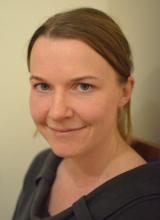 A recent national meeting highlighted the essential contribution software engineering makes to science. According to a 2014 survey of 15 Russell Group universities in the UK, 56% of researchers develop their own software, and 69% say their research would not be practical without it.

The Science Coding Conference is in its second year after a relaunch in 2016. This year 50+ research software engineers from around the country alongside a couple of colleagues from Korea met at Massey University in Wellington. As a group there were some familiar faces, though many more that were new. This fits the appreciative comments made by many reflecting the absence of community and opportunities to meet for research software engineers.

Over two days we shared our work and practices, and discussed key trends, issues and opportunities (Andrew Watkins provides a great summary of day 1 and day 2).

Across talks and conversations a key theme emerged of the career path of those involved in the hacking and software engineering underpinning an increasingly large portion of our science. While of apparent relevance to New Zealand, we were joined remotely by Alys Brett, a software developer and scientific data specialist who works in fusion energy in the UK.

Alys introduced a community driven initiative out of the UK, Research Software Engineers (RSE), highlighting the common challenges for career paths, incentives, recognition, and support suffered by many in this under-appreciated role. We all related to many of the challenges Alys covered as shown by the discussions which followed - there were many questions for Alys and keen interest in keeping this conversation alive...

What is a Research Software Engineer?

A growing number of people in academia combine expertise in programming with an intricate understanding of research. Although this combination of skills is extremely valuable, these people lack a formal place in the academic system. This means there is no easy way to recognise their contribution, to reward them, or to represent their views. Without a name, it is difficult for people to rally around a cause, so we created the term Research Software Engineer. We are now working to raise awareness of the role and bring the community together.

We noted these challenges aren't unique to New Zealand - and coincidentally our colleagues in Australia are also enthused about Alys' and her colleagues work on RSE.

Manodeep Sinha, a computational astrophysicist working with the Theoretical Astrophysical Observatory project at Swinburne University, is trying to organize an Australia + NZ chapter of Research Software Engineers! Manodeep is currently running an Expression of Interest survey and he would appreciate hearing from anyone who is interested in a local chapter and what it might achieve.

"To me, RSE is an identity and not an organization. And the chapters goal should be to inform and represent people that identify as RSE," Manodeep notes, and he follows on to say "I would like to emphasize on creating a warm, welcoming and diverse environment within the chapter."

Not too far beyond this year's Science Coding Conference there is another local opportunity to talk with one of the founders of RSE, later in October this year - James Hetherington, recently appointed as Head of Research Engineering at the Alan Turing Institute (UK national institute for data science), is coming to IEEE eScience 2017 to share his views on the plight of RSEs.

We look forward to continuing the conversation there, and meanwhile we'll start getting our heads together on Science Coding Conference 2018 (or whatever it is called next year) - get in touch if you'd like to be involved!