NeSI provides a range of services supporting researchers across disciplines at a number of institutions in New Zealand. The University of Otago is one of the most active sites in terms of usage of the e-infrastructure and related services. On October 30 the university held a "NeSI @ Otago" event which was then followed by a two-day Software Carpentry workshop.

NeSI @ Otago included a number of talks, during which the Dunedin researchers discussed how using NeSI helped their work. Mik Black (Department of Biochemistry), gave an overview of how computational research capabilities have been developing on campus, with a particular focus on the Bioinformatics area. Afterwards, Aleksandra Pawlik (NeSI), Ben Roberts (NeSI and Landcare) and Dave Maclaurin (NeSI and the University of Otago) talked about "Transitioning from a desktop to the NeSI clusters."

Then it was the researchers' turn to share their direct experiences. Murray Cadzow (Department of Biochemistry) explained the approaches in Genomics for "Creating a workflow to genotype 1250 individuals on the NeSI Pan cluster."

Andrew Pauling (Department of Physics) spoke about "Adding freshwater from ice shelf melt to a fully coupled Earth System Model and investigate the effect on Antarctic sea ice and the Southern Ocean."

More talks followed after lunch: Anna Garden (Department of Chemistry), a Marsden grant holder, gave a talk about "Heterogeneous catalytic processes of environmental and industrial interest and using computational techniques to understand existing catalysts and design new catalysts." She discussed in detail how her team has been making the transition towards using clusters with support from the NeSI team. The level and the quality of the services delivered by NeSI has also been emphasised by Blair Blaikie (Department of Physics).

The next part of the day involved the NeSI Team based in Dunedin talking about the available infrastructure, such as high speed data transfer services. Matt Healey also covered using HPC for the Social and Health Sciences.

The whole event was broadcasted via a videoconferencing system allowing audiences from other New Zealand research sites to connect remotely and listen to the talks.

A number of staff from the University of Otago put a lot of effort and resources into organising the event. They were led by David Maclaurin, the NeSI Site Manager at Dunedin. 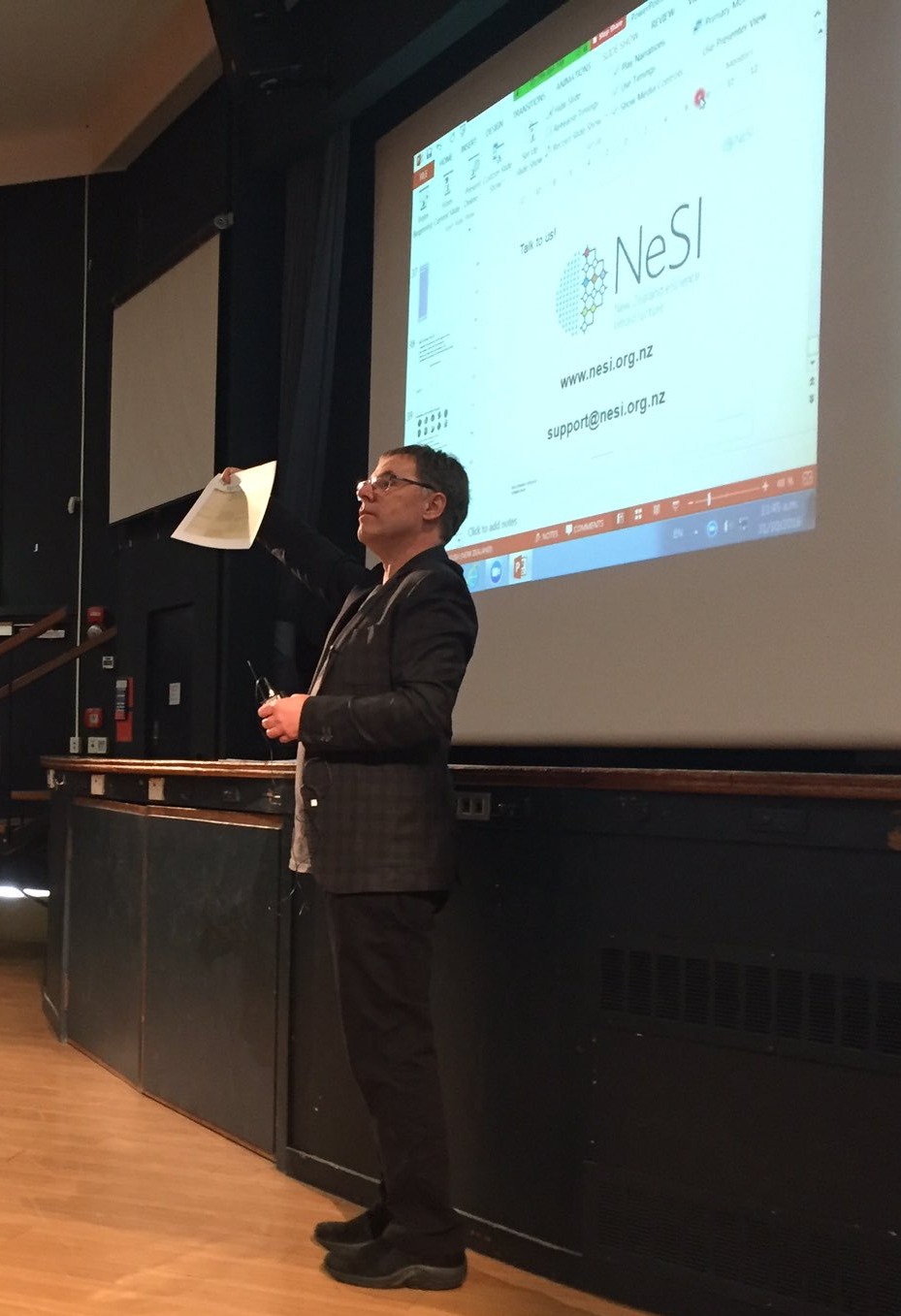