Using GPUs to expand our understanding of the Solar System

“Put simply, the work would not be possible without HPC. We chose NeSI because its HPC resources are the best in the country.”

Dr. Philip Sharp, a senior lecturer in the Department of Mathematics at the University of Auckland, has been using NeSI to study the early evolution of the Solar System.

Sharp is collaborating with William Newman, a Professor in Physics & Astronomy at UCLA, to investigate whether the Nice model, the leading model for the Solar System’s evolution, accurately predicts the present day orbits of the giant planets, Jupiter, Saturn, Uranus and Neptune. In addition to the giant planets, the Nice model also includes the Sun and N-5 small bodies called planetesimals (see Figure 1). 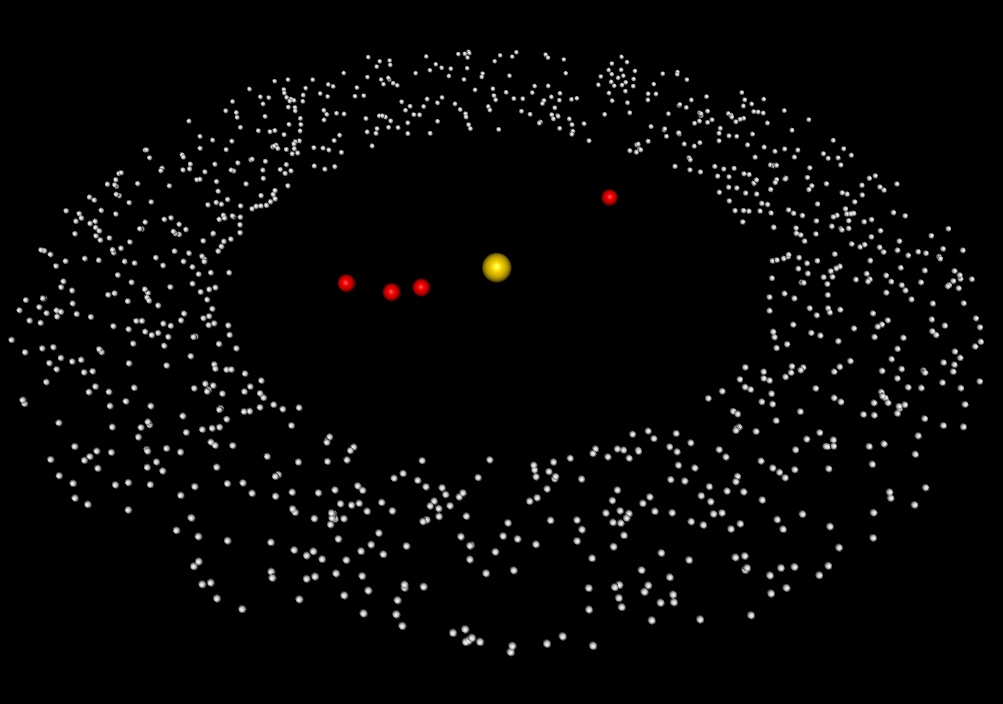 Attribution:
Figure 1: Initial configuration of a simulation (not to scale), showing the Sun (gold), large planets (red) and planetesimals (silver).

As part of his investigation, Sharp uses mathematical methods called N-body simulations. His latest simulation program, running on a single Graphics Processing Unit (GPU), has performed simulations of 20 to 100 million years with N=1024 astronomical bodies. Although this value of N has been used by other research groups, Sharp and Newman are the first to perform accurate simulations with this value. Results of that work were published in the Journal of Computational Science.

"Collisionless N-body simulations over tens of millions of years are an important tool in understanding the early evolution of planetary systems,” says Sharp. “Our method is significantly more accurate than symplectic methods and sufficiently fast.”

So far, results from these simulations show the Nice model is unstable for the number of bodies researchers use with the model. This instability therefore limits its predictive power. To strengthen this argument, Sharp and his colleagues wanted to perform accurate simulations with larger values of N, however they were limited by their existing simulation program because the elapsed time would be too large.

This is where Chris Scott from NeSI’s Computational Science Team stepped in to help. Although Sharp’s simulation program was already well optimised, further gains could be made by modifying the program to run on multiple GPUs at once.

With Scott’s help, the researchers were able to convert their simulation program to make use of all available GPUs within a node from a single CPU core. They applied this to a range of numbers of bodies, from 1,024 to 65,532, and immediately observed a modest improvement in performance when working with the lower numbers of bodies. As they switched to larger numbers of bodies, which are of more interest to Sharp, the gains were even greater, with a 1.7x speedup observed for simulations with 16,384 or more bodies.

Scott then experimented with introducing OpenMP, an Application Programming Interface (API) commonly used for parallel programming, and the combined speedups from using two GPUs and OpenMP were 1.9x for 4,096 bodies, 2.0x for 16,384 bodies, and 1.8x for 32,768 bodies.

“As a result of these changes, the simulation program is now running up to two times faster than previously,” says Scott. “Also, these gains will allow researchers to run simulations of larger systems in a more reasonable time and verify the results obtained from their calculations.”

“Put simply, the work would not be possible without HPC,” he says. “We chose NeSI because its HPC resources are the best in the country.”

As they continue their work in this area, the insights uncovered by Sharp and his colleagues will further strengthen the Nice model as a tool for explaining how the Solar System is evolving.

"Our results clearly signpost what to do next - perform simulations with a lot more bodies,” Sharp says. “We expect, as happens with galactic simulations, that increasing the number of bodies will make the Nice model more stable and hence improve its predictive power.”

Getting Technical
Below you’ll find additional, more technical details describing the NeSI Team’s solution to Sharp and Newman’s research challenge. If you need support for your research projects, contact support@nesi.org.nz. 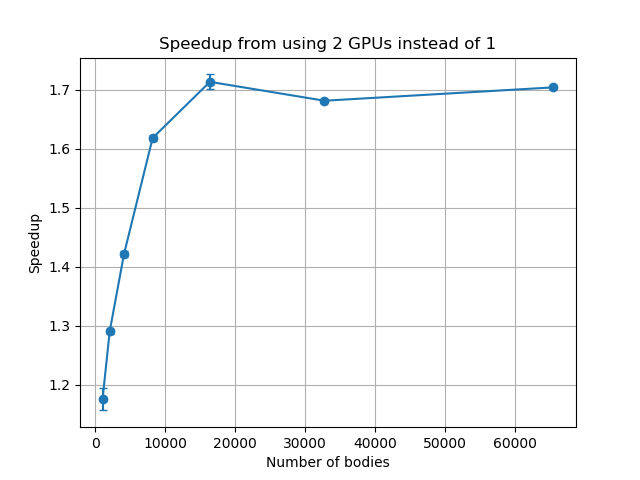 Attribution:
Figure 2: Speedup from running on two GPUs compared to one. 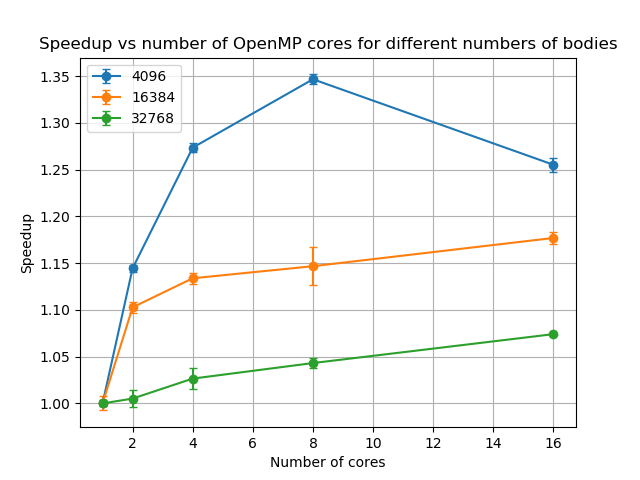 Attribution:
Figure 3: Showing the scaling of the OpenMP version of the integrator.

Next level HPC: NeSI user wins access to one of the world’s top supercomputers

“I know I can write to NeSI whenever I need to. They’re incredibly intelligent, incredibly supportive, and the turnaround time on solutions is just wonderful."
Subject:
Chemistry