“We were able to calculate radial velocities for all our 50,000 observations within about a week – a task that would have otherwise taken several months of computational time.”

Researchers at the University of Canterbury have been conducting an intensive observational campaign with the aim of detecting Earth-mass planets in our closest neighbouring star system – the binary stars of Alpha Centauri – including those which may lie within the respective habitable zones around either star.

Several methods can be employed to detect extrasolar planets (planets around stars other than the Sun). PhD candidate Christoph Bergmann and his supervisor, Professor John Hearnshaw, used the so-called radial velocity method (or Doppler method), whereby the tiny reflex motion induced on the star by the gravitational pull of an orbiting planet is detected. The underlying physical principle is the well-known Doppler effect. Starlight collected with a telescope is fed into a spectrograph, which disperses the light into its different wavelengths (or colours). By precisely measuring the position of the spectral lines, the star’s radial velocity, which is the line-of-sight component of its velocity through space, can be determined. If there is a periodic variation in a star’s radial velocity, the presence of an orbiting companion can be deduced. This can either be another star or a planet. In the latter case however, the signal is several orders of magnitudes smaller because planets are considerably less massive than stars.

Over the course of about six years Bergmann and Professor Hearnshaw collected tens of thousands of spectroscopic observations of both components of the Alpha Centauri binary system, as well as several hundred observations of four other binary stars. All observations were taken with the 1-m McLellan telescope at Mt John University Observatory by Lake Tekapo, in conjunction with the HERCULES Spectrograph. Both the telescope and the spectrograph were designed and built by the Department of Physics and Astronomy at the University of Canterbury. 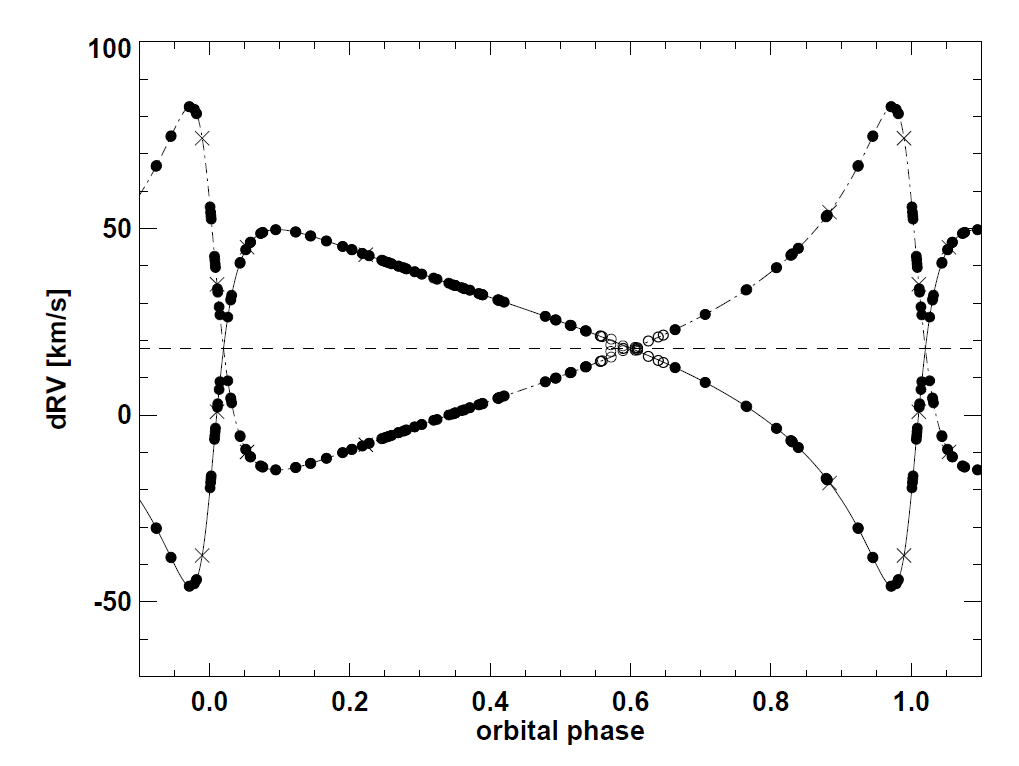 Attribution:
Example of a radial velocity curve of a binary system observed for this work together with the best-fit orbital solution.

Because the angular separation between the two components of the Alpha Centauri system is very small, some light from the other star would be included in the observed spectrum most of the time. This spectral cross-contamination resulted in a spurious shift of the measured radial velocity relative to an uncontaminated observation. To make things worse, the amount of contamination was different for every spectrum observed. The standard modelling technique therefore had to be extended to include both stars at a variable light ratio in the modelling process. All other unresolved binary stars present a similar, yet slightly simpler case, as the light contribution from the two stars does not change.

For the purposes of wavelength calibration, an iodine gas cell was placed in the light path. As the starlight passes through the iodine cell, a dense forest of absorption lines is superimposed onto the stellar spectrum. To determine a star’s radial velocity, the observed spectrum is modelled by combining template spectra for the star as well as for the iodine. Bergmann further extended the reduction code used in this research so that a second stellar template was included in the modelling of the observations, providing a newly developed model which included up to 19 free parameters, making the modelling procedure computationally expensive.

The pipeline is written in FORTRAN77 and typically the radial velocity extraction from an observed spectrum takes of the order of 5-10 minutes on a standard PC. In total there were almost 50,000 observations that had to be processed with this pipeline. Furthermore, as the code was still being developed and refined, the researchers went through several rounds of reducing the entire data set. Bergmann says This would not have been possible without the use of NeSI’s supercomputing resources. Dr François Bissey assisted us in setting this pipeline up and a method was devised to break down the computational task into several jobs that could be run simultaneously. That way we were able to calculate radial velocities for all our 50,000 observations within about a week – a task that would have otherwise taken several months of computational time.

With the full set of radial velocities of Alpha Centauri at hand, the researchers were able to analyse the data and look for signals caused by potential planets. While no planets were found around either of the two components, upper mass limits could be derived and hence the presence of planets more massive than about 14 Earth-masses in orbits with periods of less than 30 days could be excluded around both stars. For alpha Centauri B (the less massive component), the existence of planets with more than 3 and 4.5 Earth-masses could also be ruled out in orbits of less than three and five days, respectively. Furthermore, Bergmann and Professor Hearnshaw were able to compute orbital solutions for binary systems with unprecedented precision. 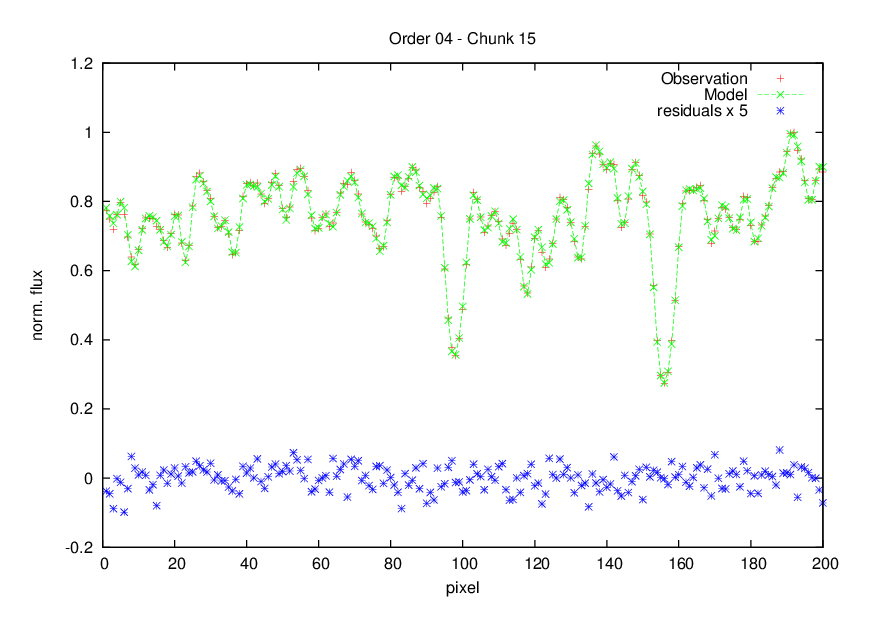 Attribution:
Example of a small chunk of the observed spectrum together with the best-fit model. The residuals have been multiplied with a factor of 5.

Quantum trajectories: a story of qubits and photons

Victor Canela is using NeSI to help answer the question: how do we get from A to B, when we don’t even know where B is?
Subject:
Physics
Contact