Developing a next generation weather and climate simulation code to replace and improve upon the Unified Model.

NeSI team members are part of an international collaboration of scientists and programmers, led by the UK Met Office, to develop LFRic.

Communities, governments, and industry will have better information and understanding of how to prepare for and respond to future changes in climate.

When it comes to modelling the weather and climate, the pressure is on.

The effects of global warming are having direct impacts on our daily lives. Extreme weather events, in particular, are expected to occur more frequently, earlier in the season, and last longer.

In near perfect timing with a punishing heat wave in Western and Central Europe, scientists from around the world met on 17-21 June 2019 in Exeter UK, to discuss the challenges of developing LFRic, a next generation weather and climate simulation code whose development is led by the UK Met Office. Among those in attendance were NIWA scientists as well as NeSI team members, Wolfgang Hayek and Alex Pletzer, who are contributing to the LFRic project.

The LFRic development effort involves international partners from New Zealand, Australia, the US, Australia, Korea, and India. LFRic is expected to replace the current code, the Unified Model (UM), in 2025. The UM code is run on a daily basis at NIWA and many other sites to provide weather forecast and long term climate prediction.

Although highly successful, the UM struggles to scale to the resolution required to model convective processes at the heart of cloud formation. The culprit here is the latitude-longitude grid, with its convergence of meridians at the poles.

Another challenge addressed by LFRic is the need to support increasingly complex parallel computer architectures, which may comprise co-processors and/or graphical processing units (GPUs) in addition to computer processing units (CPUs).

In order to be able to scale to current and future hardware, LFRic applies a “separation of concerns” approach, where scientists implement algorithms in high level Fortran, letting a tool, PSyclone, generate the low level parallel instructions (OpenMP, MPI, OpenACC, OpenCL, etc.). The result is a single code base that runs efficiently on multiple platforms. 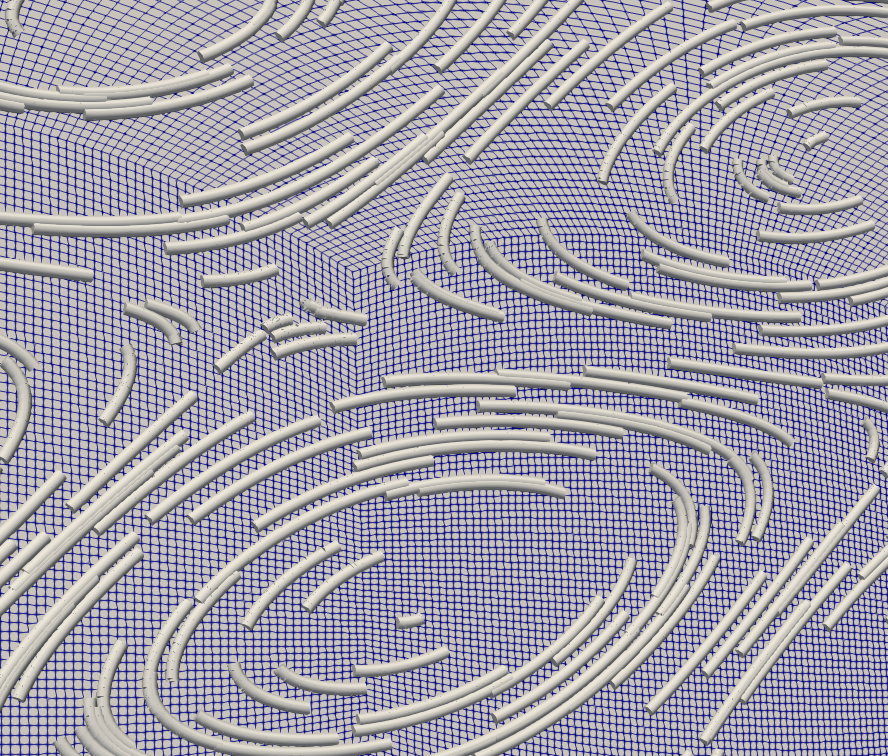 Attribution:
The mathematical properties of a vector field (here divergence-free) can be tested by integrating trajectories (grey) along the field lines in the vicinity of distorted, cubed-sphere cells (blue).

As part of New Zealand’s contributions to the project, Wolfgang has written code to read cubed-sphere data into Paraview and provided an in-situ visualisation solution that allows researchers to plot their data as the simulation proceeds. In-situ visualisation is expected to become critical as the amount of data generated by simulation can no longer easily be moved from a supercomputer to a desktop computer.

At the conference, Alex presented a new interpolation library (MINT) which he and Wolfgang developed, that preserves the mathematical properties of vector fields in LFRic (work supported by NeSI and NIWA). Interpolation permeates many aspects of climate simulation post-processing, including regridding and visualisation. As LFRic’s development continues to evolve, interpolation may also eventually help diagnose how accurate temperature, velocity, vorticity and density are transported by wind.

That kind of information and understanding is critical as communities, governments, and industry strive to respond to and prepare for future changes in climate. 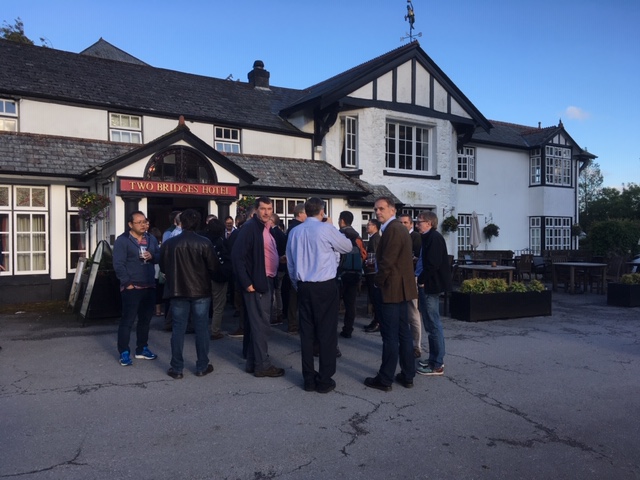 Do you have an example of how NeSI platforms or expertise have supported your work? We’re always looking for projects to feature as a case study. Get in touch by emailing support@nesi.org.nz.

Understanding the behaviours of light

"It’s a new landscape we can explore with these techniques."
Subject:
Physics